Who would have thought that and article about Cheech & Chong would lead to research on the history of a Chinatown club?

I first heard about the Shanghai Junk in this Andrew Fleming article for the Vancouver Courier from January 30, 2014: 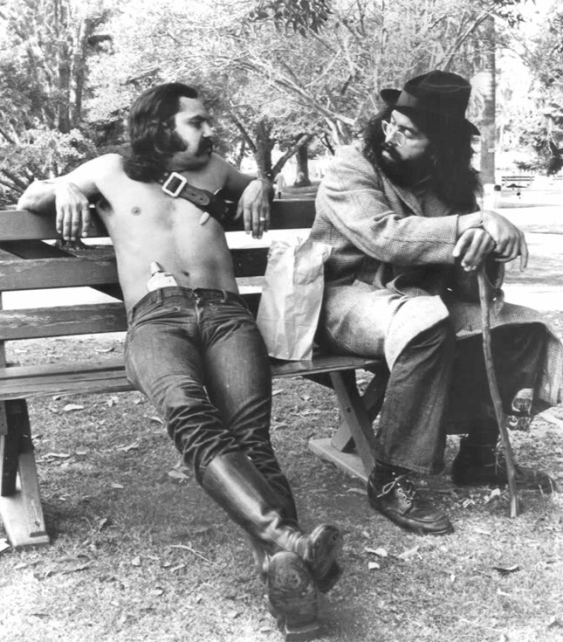 Cheech and Chong launched their act at the Shanghai Junk

the topless bar where Cheech met Chong is now a bank #peakvancouverhttps://t.co/vaudYnUfsT

I had to find out more.

Back in 2008, Tommy Chong shared his memories of the Vancouver club scene between 1960 and 1970 in this article for Cannabis Culture.

Our first gig when we arrived was at an Italian gangsters club on the southeast corner of Hastings Street and Main Street. Our drummer Sonny got us the gig, and we were roomed in the rat-hole Astoria Hotel across the street. It is much the same seedy flophouse today, right in that very same spot.

The Elegant Parlor’s landlord had sold the building it had been in, so in early 1969 I moved the Parlour to the back of The Shanghai Junk at 205 East Pender Street and Main in Chinatown. The Shanghai Junk, which was run at the time by my brother Stan, was a topless joint and could be a rough place.

(I found the entire article well worth my time.)

So, what’s at 205 East Pender, former location of the Shanghai Junk?

A TD branch. So it is true.

This post on the Past Tense tumblr includes a link to a 1966 Vancouver Sun full-page ad: 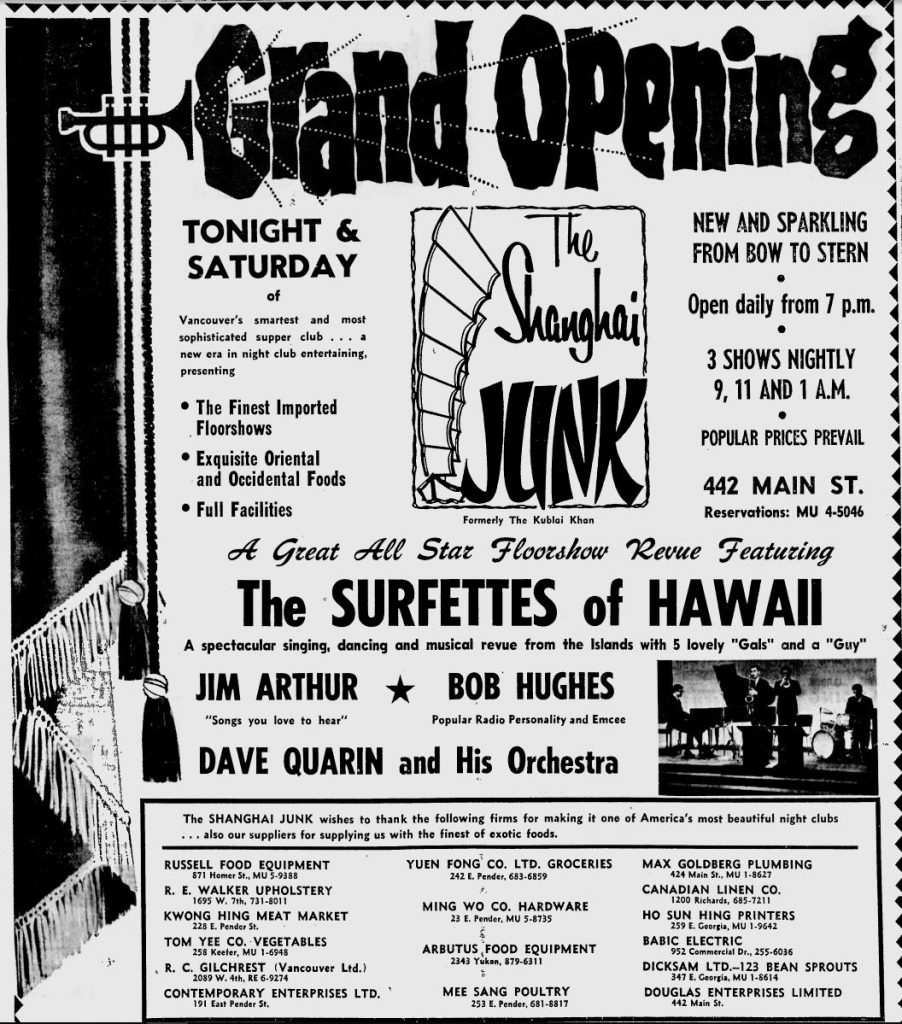 442 Main Street? But the other article said 205 East Pender Street? 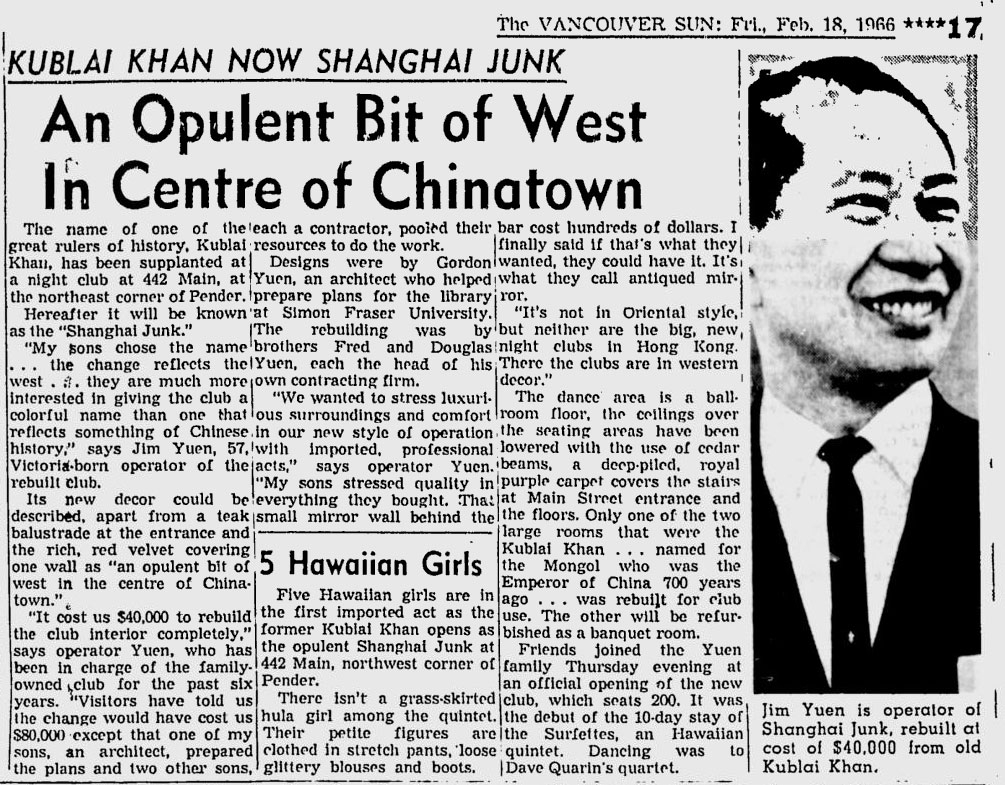 This section mentions the “Main Street” entrance.
That explains is : since it’s at the corner of Main and Pender, there must have been entrances on both streets. 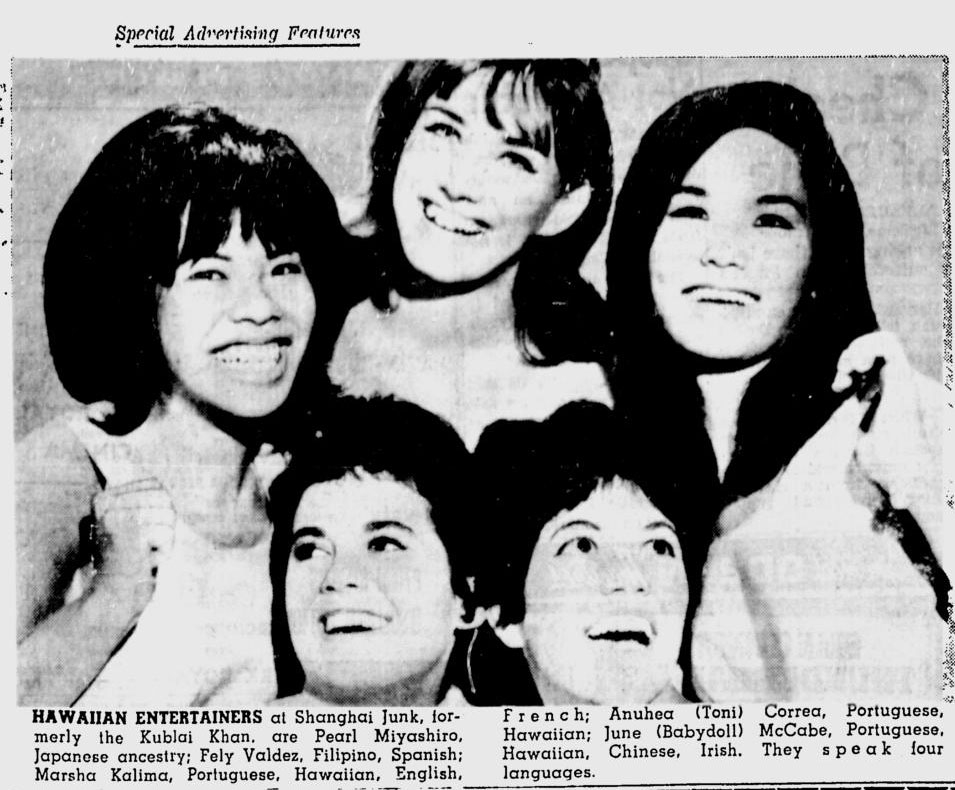 Are “floorshow revue”, imported act” and “entertainers” all euphemisms for topless dancers?