For years, Ms. Lee watched Vancouver’s historic Chinatown hollow out and fall into decline as shops closed and the local Chinese community migrated to other areas of town.

In 2009, she established the Vancouver Chinatown Foundation, which has now raised more than $2.5-milllion to retain affordable housing for low-income seniors (it purchased and is now restoring the May Wah Hotel); build a major new health and housing project (a proposal to rezone 58 West Hastings St. for a 10-storey mixed-use building was heard by Vancouver city council this week); and create new cultural spaces (the Chinatown Storytelling Centre will be going into the old Bank of Montreal at 168 East Pender St.).

But for Ms. Lee, a vibrant Chinatown also had to include affordable restaurants, which are so integral to Chinese culture. Three years ago, afraid that all the old storefronts were going to be filled with taco shops and hipster clothing stores that had no relation to the neighbourhood’s history, she bought two restaurant businesses and rented a third space, a former pottery shop, which has been turned into Chinatown BBQ and is the first to open. (Disclosure: I participated in a gala auction benefiting the foundation, which sold two buy-out dinners at the restaurant for $30,000 a piece. I’ll be one of several celebrity servers.)

Ms. Lee says she had three guiding principles when building the restaurant, something she had no experience doing and still can’t quite believe she did: The look and feel of the place had to capture the historic spirit of Chinatown; the food had to be good (and obviously Cantonese); and it had to be affordable enough to ensure the low-income seniors who still populate the neighbourhood feel like they belong.

She has succeeded on all counts. 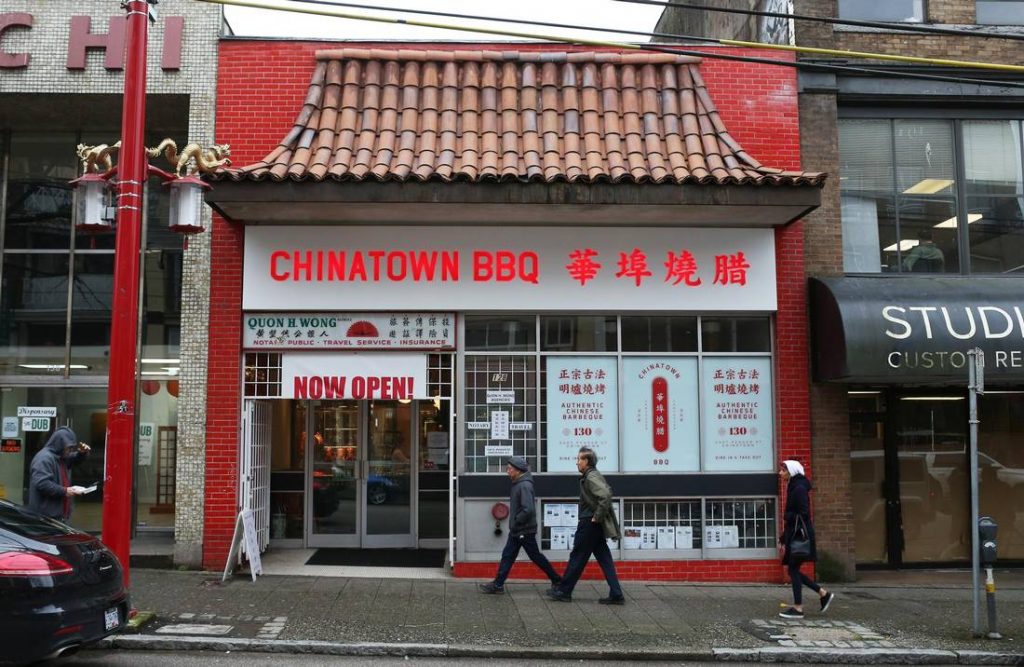 Sources: The Globe and Mail