Vancouver’s Chinatown, behind New York and San Francisco, is the third-largest in North America. It spans over six commercial blocks and emerged during the late 19th century when Chinese immigrants arrived in Vancouver in pursuit of work on the Canadian Pacific Railway or in the Gold Rush. Most of the structures here are preserved as heritage buildings, meaning that they are the gatekeepers of an often overlooked, and hidden, past.

Take, for instance, the Sam Kee Building, originally owned by Chang Toy, who operated the Sam Kee Company and was often also referred to by that name. Now known as the world’s narrowest commercial building and occupied by a local insurance company, this little spot wasn’t always so quaint. “This was a grocer warehouse that was demolished with the widening of Pender Street,” Roeser says, alluding to the very prominent bouts of cultural injustice faced by Chinese Canadians in the early years. “There were no compensations for his [Toy’s] losses, so he hired Bryan & Gillam to help him with a very creative revamp and use of space in order to make the most of this.”

Toy’s company ran laundry, real estate, and import and export services, along with another colourful business below ground. “In the basement, they were able to expand it to 10 feet, and it was used as a bathhouse,” Roeser explains, looking down at the neon lights flashing through little glass windows on the sidewalk. “Which is why you have these really interesting panels here, which allowed light into the basement.” It’s like a disco dance floor, forming a colourful path along the street. 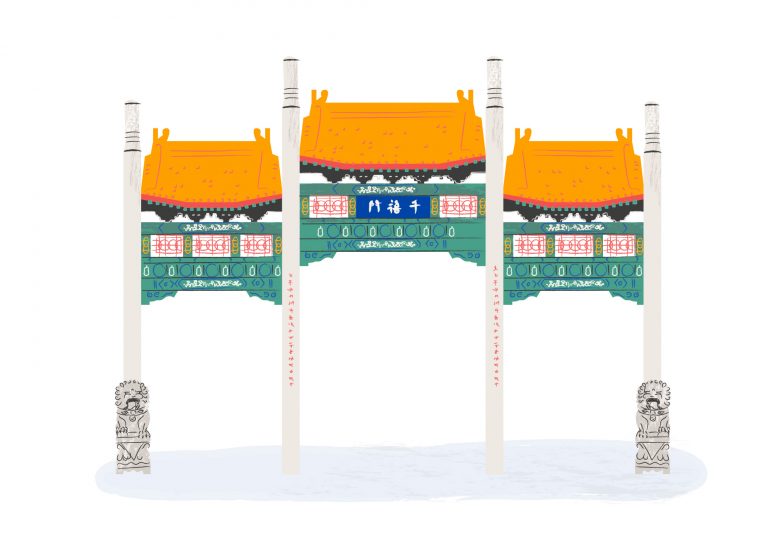