For years, the universe was trying to tell me to meet Danny Quon. I finally understand why. Let me explain.

In 2012, I was helping a friend plan a wedding, and at the eleventh hour she decided she wanted a lion dance group. My team was already booked for a performance so I started asking around. I got one hit: “there’s this guy, Danny Quon”. I reached out, but alas the bride was on a shoestring budget and thus, I didn’t meet Danny.

Flash forward a year, I started working for the Dr. Sun Yat-Sen Classical Chinese Garden. As part of our Lunar New Year celebration we were looking to book a lion dance group to help celebrate and ward off any evils spirits. As it turns out, “there’s this guy, Danny Quon”. We booked Danny’s team but in the crazy hustle and bustle of the day, with tens of thousands of people celebrating in Chinatown, I never actually crossed paths with Danny.

Now just six months ago I needed to reach out to the Wong Benevolent Association for a special Garden project – alright, I know, you get the picture.

This pseudo-almost-run-in with Danny ensued.

Finally, the Chinatown.Today project came about. I was assigned to interview with the various athletic clubs in Chinatown. My first assignment was with Edmund Ma, Director of the Mah Athletic Society who, believe it or not, suggested I first interview with Danny Quon.

After reading about Danny online, I couldn’t wait to learn more about his journey and experience. As it so happens, I’ve been struggling with a decision that Danny could potentially offer some guidance on. I’ve helping my father run his Vietnamese martial arts club for 15 years and it’s time for him to look for a successor. Although I am the most logical choice, the idea of dedicating countless hours teaching students an art form that originated from Vietnam, about Vietnamese traditions and festivals, all in Vietnamese (my second language)… well, it’s daunting. 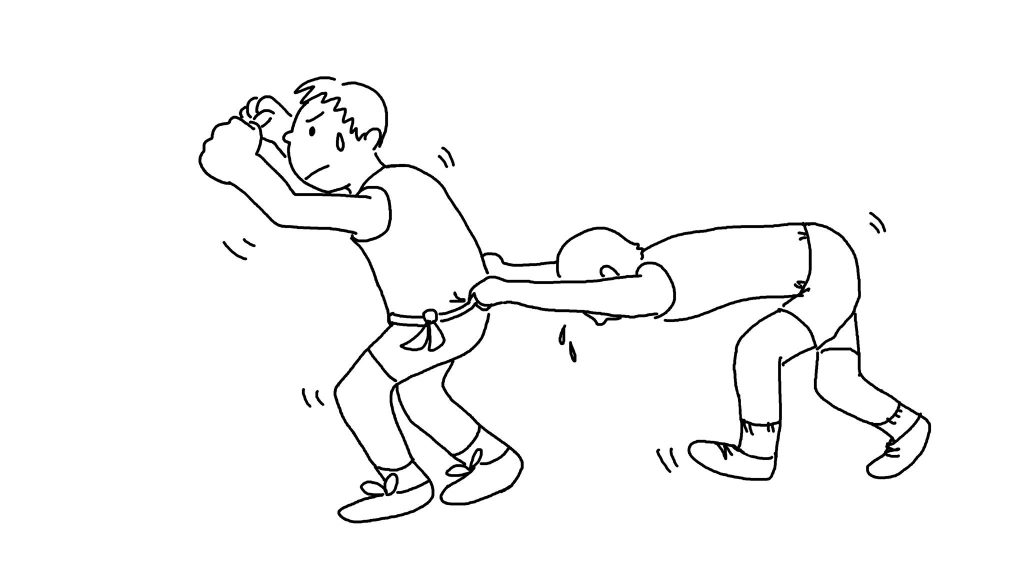 So there we sat, on the 3rd floor of the Hon Hsing Athletic Club at 29 East Pender St., Chinatown, a brick building built in 1910. Danny was so welcoming and kind – I was in instant admiration of him and the incredible building.

“I owe it to my dad,” Danny tells me. He continues, “my dad was a teacher in Chinese linguistics, art and history so growing up you couldn’t get away not learning something about Chinese culture. I followed my dad to Chinatown and after finding an absolute love for martial arts and lion dance my mom suggested I go to the Lee Society. After five years I joined Hon Hsing, one of the first athletic clubs dedicated to anybody who wanted to learn, regardless of what surname you held”.

Still, aside from a personal passion for the traditional art, it takes something more to teach it. So what was it that made Danny transition from learner to teacher?

“I started to notice that my young peers didn’t know anything about Chinese culture, that really affected me. I asked one friend if he knew the meaning of Chinese lion dance. All he knew was that it happens at Chinese New Year. I remember my dad saying to me, ‘Look Danny, you can’t change the world but pass on what you’ve learned to the youth, if they don’t want to learn it, at least you tried’’.

Hon Hsing, like other athletic clubs in Chinatown, has created and maintained a place for youth in Chinatown to grow up “learning anything they want to know about their culture, heritage and tradition”. But it’s not just the youth that are learning. Danny says often times, he has parents coming up to him saying, “Wow Danny, even we are learning new things about our culture now from our kids”!

Centuries ago, Kung Fu and lion dance were a way of life, an art practiced throughout one’s lifetime. Of course in today’s world, it is much less common to do so. Something both Danny and I experience with our clubs unfortunately is that as more students are now entering university we are starting to see less of them come up through the ranks as they get busier with their studies, work, family and friends. But, Danny says, “it doesn’t make them any less dedicated. In their texts to me they say ‘Dai Si-Hing, I am here whenever you need my help, I have to get on with the next part of my life but this is a huge part of my life too’”.

An important part of keeping students in class is changing the way they think about the practice of traditional martial arts. As teachers of an ancient art form in a modern world, an important part of keeping the doors open is being able to teach students how and why martial arts and lion dance today are meant to complement their lifestyle, not take over it. Because martial arts is a traditional art, in the mind of many young students it is understood/interpreted as something from and of the generation of their parents, something disciplinary and sometimes obligatory. But that simply is no longer the case, and it is up to us to breakdown that misunderstanding. (Media representation of Asian culture and tradition is also a factor but, let’s leave the topic for another day.)

Balance is not only possible; it is also very important, as Danny has witnessed and has been told by his students. Some students are “going to raves nowadays but it’s this part of their lives at Hon Hsing that anchors them”. During a conversation about Kung Fu and lion dance, one student told Danny “it is what anchors me to the reality of where I came from, who I really am’. Trust me, from a teacher’s point of view, it is feedback like this alone that makes it all worth it!

So what about balance for teachers? Danny currently holds a successful career in corporate finance yet manages to fit everything in. When asked how he balances everything?
“Everything can be balanced and if you have a passion for something you’ll make it fit no matter what”. And in Danny’s case, hard work did not go unnoticed, to say the least. For his years of volunteer service to the Chinese community and Canada, Danny was awarded the Queen’s Golden Jubilee Medal in 2002 and the Queen’s Diamond Jubilee Medal in 2012.

An integral part of the Chinatown Heritage

In addition to the sound of Chinese drumming and punches cutting through the air, you can also hear laughter and debate. Athletic clubs are only one part of the life of Chinatown’s clan society buildings. Danny explains, “these are more than just buildings but places where members come to connect, talk about recipes, about their children…, it’s a way of life for them, a living breathing community within a community”.

Beyond instilling in youth an anchor and bridge to their heritage, through the Hon Hsing Athletic club Danny has taught his students skills such as leadership and has even created opportunities to grow and showcase their talent and skills beyond the world of traditional martial arts and lion dance, such as graphic and web design. There is one student in particular Danny recalls, that tried his hand at Kung Fu, then lion dance, then Chinese drumming – he couldn’t get a hang of things. He was on the cusp of giving up, feeling disheartened at his skill level for traditional Chinese arts. Danny knew that this student’s heart was in the right place and took it upon himself to uncover other ways the student could stay involved with the club. It turns out the student is an incredible artist – and now Danny has him working on club logos, club collateral design and team t-shirts!

It then dawned on me, the complex and sometimes overlooked role of athletic clubs in preserving and passing on cultural traditions and heritage. These clubs do not just teach students how to lion dance or how to physically defend themselves, but they are incubators – equipping students with skills to take on today’s world with values from the world of our ancestors, and well, how can I not be a part of this?

So in the future, when someone stops to ask me why I decided to continue my father’s legacy, I’ll be sure to tell them, “There’s this guy, Danny Quon”.

“If you have students eager to learn, you’re not going to turn them away.If you show them that you have that dedication they’ll remember that down the road.”

“The blue lion I donated. It’s called The Dai Hi-Sing Lion. I purchased it last year and donated it as my 30 year anniversary of being apart of Hon Hsing. At the ceremony to told everyone ‘let this be a reminder to all the youth in Chinatown that there will always be something for you to do in Chinatown’”.