The Barnacle Bus and Chinatown in 1956

The Barnacle Bus and Chinatown in 1956

Last April, a mysterious bus parked around the corner of Keefer and Quebec streets, in Vancouver’s Chinatown. 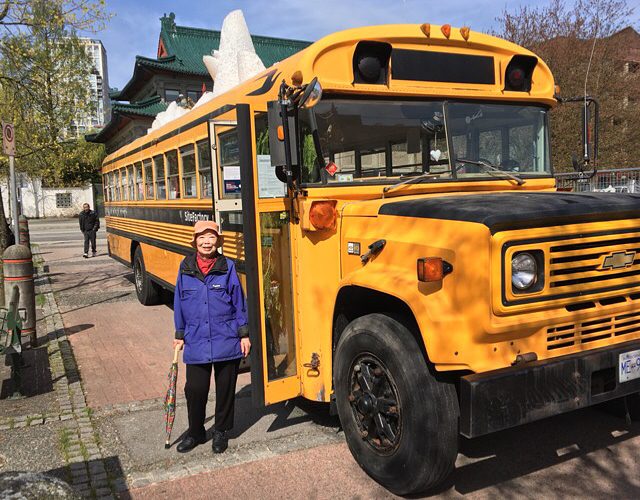 The bus was an art project from Laiwan, part of Emily Carr University’s LivingLabs Ten Different Things project series. She explained it was an installation named Mobile Barnacle City. The roof of the bus was home to a cluster of giant barnacles, a reminder of Chinatown’s proximity to water. Inside the bus, Laiwan and a group of artists hosted a series of public events, running from April 15th to April 29th. 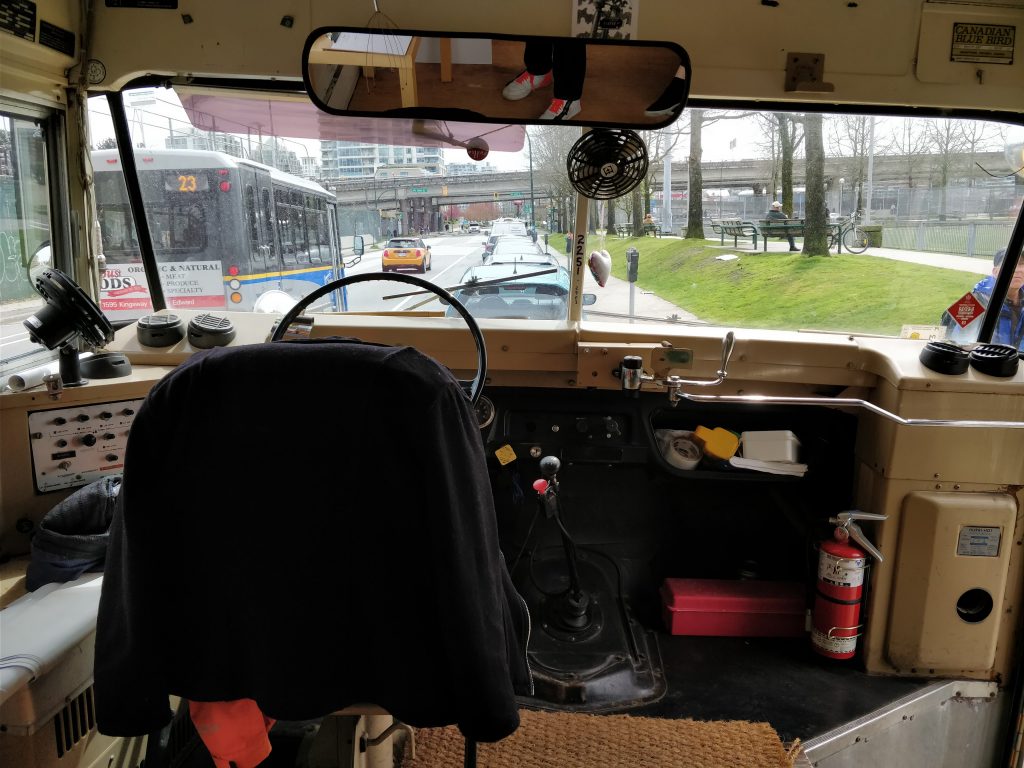 I attended the event Remembering Chinatown (with guest Chipper John Mah). Laiwan explained her fascination with the 1956 CBC movie ‘Summer Afternoon’. The film, set in Chinatown in 1956, featured footage of boats and boathouses right across from where the Chinatown Memorial now stands. Laiwan was haunted by these images and decided she would find out as much as she could about this movie. Eventually, her quest lead her to Chipper Mah, who, a young boy in 1956, was one of the main characters in the film. We watched the movie on the bus, with Chipper providing a running commentary, sharing memories from growing up in Chinatown in the 1950s.

It was the perfect way to discover that footage. The images feel ancient, but they’re also relatively recent. The Chinatown depicted there is very different from our own, but many aspects of it are unchanged. I understand how one could be haunted by these images.

Thanks to Laiwan, the movie is now available for all of us to see.
Here it is:

If you’re curious about the bus itself: it’s the SiteFactory Mobile Art Platform.

Join us for performances, including lion dance and kung fu, and a dumpling eating contest... plus additional hijinx!