On Monday, September 17th, 2018, B.C. Premier John Horgan and Vancouver Mayor Gregor Robertson announced that the Province and the City would seek UNESCO World Heritage designation for Vancouver’s Chinatown. This announcement was made at an event at the Chinese Cultural Centre of Greater Vancouver. 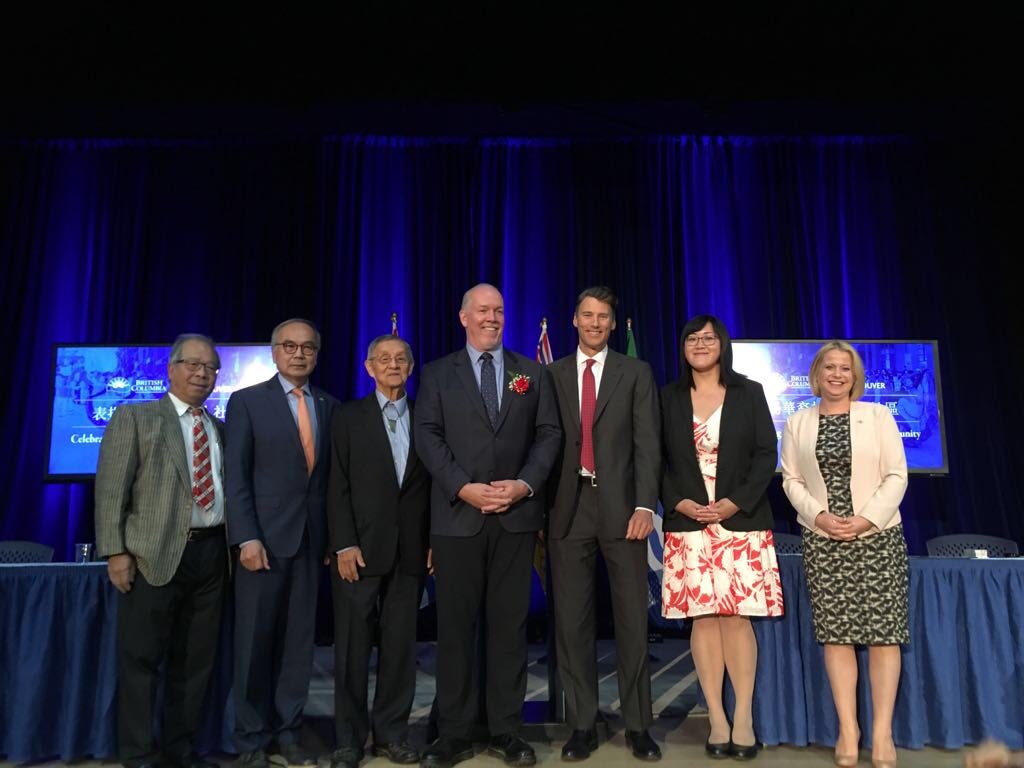 Sarah Ling (凌慧意) is President of the Chinese Canadian Historical Society.
The following is a transcript of the speech she gave at the event:

Premier Horgan, Mayor Robertson, Minister Chow, Minister Beare, Elder Grant, Mr. Yee, friends, colleagues, and guests: It is an honour to witness this historic announcement with all of you. Thank you, Elder Larry Grant for welcoming us to do this work on the unceded lands of the Musqueam, Squamish, and Tsleil-Waututh peoples.
I would also like to take a moment to recognize friends, colleagues and loved ones who are no longer with us, but whose spirit carries on through the inspiration and foresight they left behind for us to carry forward. As we gather here in the Chinese Cultural Centre, I’m specifically reminded of the architect, the late Joe Wai, whose advocacy for Chinatown and extraordinary works have left a deep imprint across our city.

As the new President of the Chinese Canadian Historical Society of BC (which I will refer to as the historical society from here on), I have long admired the work of its members and Board of Directors. Since 2004, they have volunteered their time year after year to ensure the voices, history, and contributions of Chinese Canadians are heard across the province and beyond.
Over the past two years, some of our directors served on the Historical Discrimination Against Chinese People advisory committee for the City. Through research and community outreach, the committee helped organize the City’s formal apology in April of this year, which filled this hall to capacity. This initiative shed a crucial light on past discrimination towards people of Chinese descent, and resulted in a set of legacy actions. The advisory’s core recommendation, which is to develop an inclusive approach towards a UNESCO World Heritage designation for Vancouver’s Chinatown is an important milestone voiced by the community. As we move forward, I strongly believe that this process must continue to be shaped by the community.
However, the journey to rejuvenate Chinatown must go beyond the history and the role of Chinese Canadians alone. This is a process that involves and connects all communities in Canada: both Indigenous peoples who have been here for thousands of years, and people who have settled in our province from all over the world.

My mother’s family migrated from Toisan, southern China, to the small town of Prince Rupert in Northern BC beginning in the early 1900s. My great grand-uncle became the first Chinese merchant, establishing strong relations not only downtown, but also with people from the local Tsimshian, Gitxsan and Haida nations. Two of his children, Cedric and Albert Mah, became World War II veterans. While this intercultural history has long been part of my family’s lived experience, it’s a national pattern that hasn’t been well recognized or understood until recent years. In 2008, the historical society ignited a conversation across the province by producing the documentary Cedar & Bamboo, a film that features the history of intermarriages between Chinese and First Nations peoples. This film personally inspired me to do research and develop collaborative initiatives in this area.

Two months ago, I accompanied members of the historical society to Yuquot in Vancouver Island. We were there to recognize a much lesser known part of BC’s transpacific history at the Summer Festival hosted by the Mowachaht-Muchalaht First Nation. We honoured the 230th anniversary of the journey made by Mowachaht Chief Comekela to China in 1787, the brother of Chief Maquinna who returned to Yuqout a year later with dozens of Chinese craftsmen and many other migrants.
We must continue to support the telling of these stories – stories that demonstrate the power of developing inclusive relations between communities, and showcase the resiliency of communities in overcoming discrimination.

The Chinese Canadian Historical Society is devoted to partnering with other organizations to lead public forums and events that are centered on Chinatown and the UNESCO process. Today, as we witness significant commitments made between the City of Vancouver and the Province of BC, I encourage each and every of you not only to reflect on the unique ways you can individually engage in this process, but also to invest in opportunities through which we can work together to build a more vibrant future. 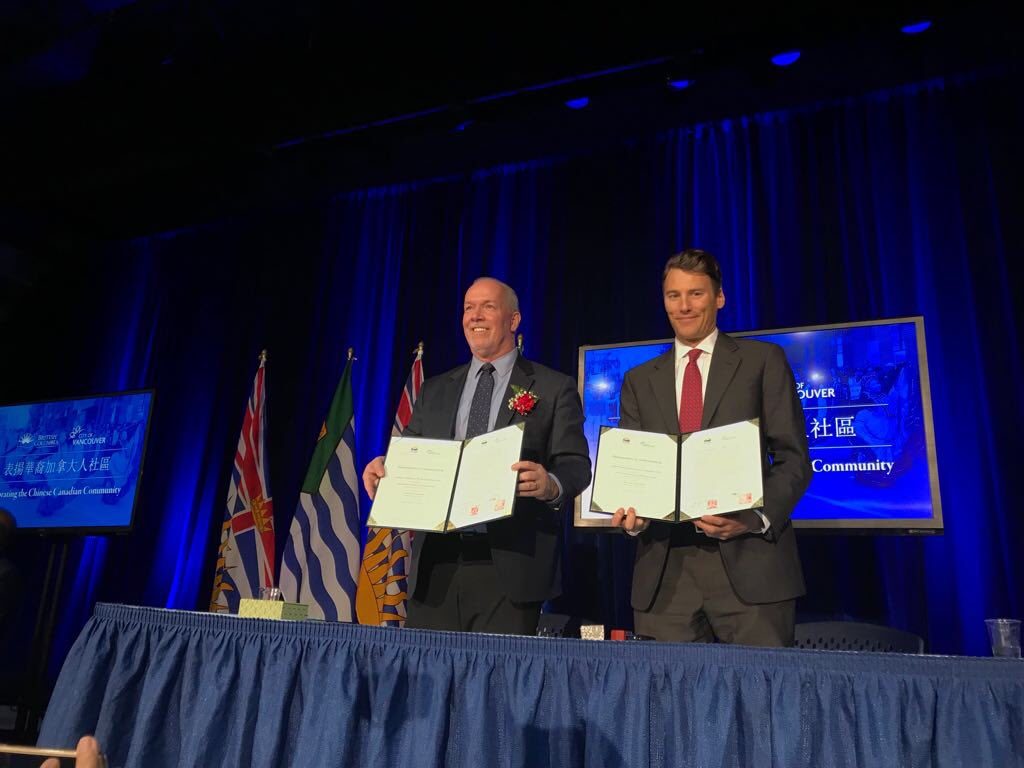